Milli Vanilli Movie in the works 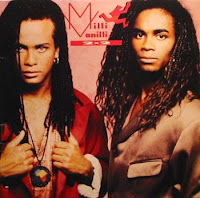 It was only 20 years ago when Milli Vanilli was on top of the charts with hits like “Girl You Know It’s True,” “Baby Don't Forget My Number,” “I'm Gonna Miss You” and “Blame It on the Rain.” That and a Grammy win to boot for best new artist made it good to be Fabrice "Fab" Morvan and Rob Pilatus. But we all know how the story ends. Morvan and Pilatus get caught lip-synching at one of their shows and later give back their Grammy amid the discovery that the vocals on their six times platinum American debut album were done by other singers.

Fast forward to now and lip-synching in shows and videos is the norm, a fact not lost on Morvan, who believes he and his groupmate were musical “scapegoats.”

"It's not about being authentic anymore, it's about entertaining," Morvan told USA Today, while admitting that "what we were crucified for you see everywhere."

As for the real deal surrounding the fall of Milli Vanilli, the singer says that a movie he is consulting with will clear up misconceptions involving who did what when. Although he’s saving some of his revelations for the movie, Morvan didn’t hesitate in setting the record straight regarding the Grammy incident saying the following:

"We wanted to give the Grammy back. We felt in our hearts that it would be a good gesture to do that,”. “But they made it look as though (the academy) wanted it back. They could have come to my house and gotten it."