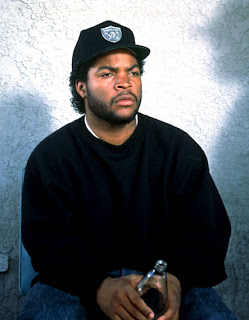 Ice Cube has confirmed that he is in the process of bringing the story of pioneering rap group N.W.A. to the big screen.

He revealed that he is working with Eazy-E’s widow Tomica Woods-Wright and super producer Dr Dre to bring the N.W.A. movie to theaters.

“I think that’s the ultimate when it comes to the tribute with the group and what the group meant to the world,” Ice Cube told AllHipHop.com. “Hopefully we will bring it to the big screen.”

Ice Cube shot down reports of an N.W.A. reunion because “everyone has put that legacy to bed” and nixed the idea of a ever collaborating with his former group, Westside Connection.

“I aint really thinking in that direction right now. I Am the West, that’s coming out July 13th, so that’s what it’s about right now,”.

Cube revealed that he recently recorded a track for Dr. Dre’s Detox album.

“Dre is a master. What’s cool about working with Dre is he stays the same. Everyone else change and trip, but I remember working with Dre back when we just in the garage. Just the two of us. And he works the same way. Don’t come up with an empty palette, bring a lot of ideas to the plate.”

Ice Cube confirmed that Dr. Dre is working hard to complete his album Detox, which will reportedly be released this Fall.

“He’s making a great record. I’m on it. I’m proud to be, I can’t wait to get back to L.A. to get back in the studio with him. I’m trying to get a few tracks for my record I Am The West that’s coming out in July.”