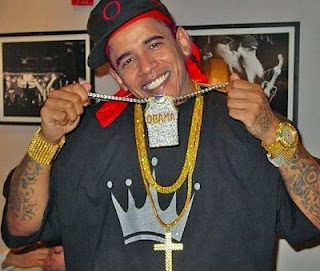 Jay-Z’s Blueprint 3 album has received its biggest endorsement via President Barack Obama. In a recent interview with BBC One, Jay-Z disclosed that the President loved the LP and was playing it during their recent phone conversation

"Barack loves hip-hop, when I called him he was playing Blueprint in the gym,” he explained. “I've been invited to the White House a couple of times. Hopefully we'll keep him in for 8 years so I'll have time to get there."