Usher’s ‘Raymond vs. Raymond’ album was set to hit the stores 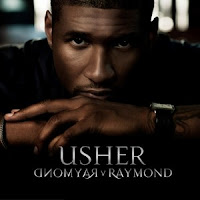 Usher’s ‘Raymond vs. Raymond’ album was set to hit the stores in February in Europe and in March in the United States, but has already been leaked two months before it’s official release date.

Sony Music and label executives at LaFace Records may have to re-think their strategy since the project surfaced on the internet last week.