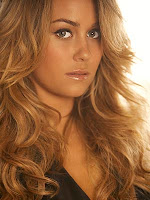 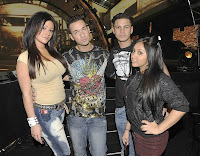 "We had a double episode last night and it was the highlight of my week. It was awesome," Conrad, 23, enthused of MTV's latest hit, which is gaining in the the ratings as The Hills continues to slide. "I actually haven't seen it since I left [in spring 2009]," Conrad told Us Magazine of The Hills.
Kristen Cavallari admitted to Us that she's "jealous" of the Jersey Shore's sudden popularity.