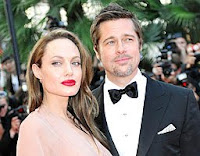 According to US magazine, the couple donated more than 1 million $ to the Doctors Without Borders for the organization's emergency medical operations in Haiti.

Jolie,who has served as a Goodwill Ambassador for the United Nations since 2001, said the following in a statement.

"It is incredibly horrible to see a catastrophe of this size hit a people who have been suffering from extreme poverty, violence and unrest for so many decades,"

In another statement, the couple was found to say the following:
"We will work closely with our good friend Wyclef Jean to support the humanitarian efforts on the island and help those who have been injured and left without homes and shelter."