Alicia Keys to perform on SNL 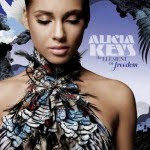 Alicia Keys will be the first musical guest of the decade on Saturday Night Live.

Keys released her fourth studio album in December, “The Element of Freedom”. She also has two of the hottest collaborations on right now – “Empire State of Mind” with Jay-Z and the new song “Put it in a Love Song” featuring Beyonce.

Alicia will join Charles Barkley as he hosts the first episode of SNL of 2010 when it returns on January 9.