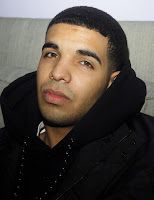 Drake has announced his plans to release the first single from his upcoming "Thank Me Later" debut album by the first of next year. Despite not giving many details about the single, Drake did say he has no plans to stop working so hard even during the holidays. "Work [laughs], yeah, work man because all these articles are coming out and all these people are asking me for this album, and yeah, I really wanna get it done," Drake revealed in an interview. "I'm gonna take my time with it but you know, perfection has no deadlines...There's no telling where I'll be [for Christmas], the industry shuts down supposedly in December but my life is just gonna keep going through. I mean, I really wanna dominate a first, second quarter time period so I need to have a single out by the top of next year and just keep going man."