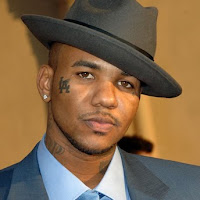 The Game recently reflected on the work by the late rap legends Tupac Shakur and Notorious B.I.G. saying the two stars would have the world if they were still alive. Game took to his twitter account to say that if 2Pac was alive, he might not be a rapper. "#if2PACwasALIVE I probably wouldn't be who I am today. his un-timely death is what motivated me to wanna put this sh*t on my back !!!," he wrote. "& #ifBIGwasALIVE nobody would be runnin round talkin bout they the KING OF NEW YORK !!! he was hands down that n*gga !!! #ifBIGwasALIVE Tianna & lil CJ would have a father this X-mas ! #if2PACwasALIVE Will Smith wouldn't have a wife, cuz Jada was Pac's gyrl..... #realtalk #if2PACwasALIVE he would be 37 years old. #if2PACwasALIVE him & Denzel would be fightin for movie roles.... cuz he was on his way to a OSCAR !!! #if2PACwasALIVE you could hit him @2PAC & he would hit you back just like I do .......... #realtalk #if2PACwasALIVE B.I.G. would still be alive !!! #nuffsaid."